This transport was made possible by Jay Hays and Josh Shaw.


I can’t think of a better featured transport for the last month of 2022. Two senior logistics agents, Josh Shaw and Jay Hays, worked as an elite team to provide safe and quality transport for 40 modular dorm units. Each modular trailer was 58Lx12.6Wx12H and weighed 40,000lbs. With such a massive transport, and each unit considered their own oversize load, Jay and Josh teamed up and executed every aspect of this transport to the highest industry standards.

This client had a government contract with FEMA to move these modular buildings from California to North Port, Florida after Hurricane Ian. The units would act as temporary housing for builders and contractors who were creating new homes and safe places for Floridians displaced by the devastating storm.

Hurricane Ian was a category 4 hurricane that struck the west coast of Florida on September 28, 2022. The massive storm decimated homes and claimed over 150 lives, making it the deadliest hurricane to strike the state since 1935. This bulk modular building transport had to be done correctly, as they were part of the hurricane relief in Florida. Heavy Hauler’s parent company, NTS Logistics, was founded in Florida. And, as Jay and Josh are both Floridians themselves, nothing would be left to chance. /p>

In October 2022, Josh and Jay boarded a flight to California in order to oversee and supervise this highly important transport in person.


Pivots and Adjustments For The Bulk Modular Building Transport

This transport started out as one thing, but turned into a completely different transport experience. The client could not be onsite to handle things, and there were a few discrepancies and missteps because of that. Thankfully, Josh and Jay were on the ground. With their skills and knowledge, they were able to expertly navigate the situation.

Josh and Jay contracted two of the best crane companies in the country. One company stayed on site in California to safely load the modular units on the trailers. The other company stayed on the ground in North Port, FL for offloading. The crane and rigging crews were there daily, navigating each unit on or off trailers.

Because this was not only a massive transport, but an extremely important one, these two senior logistics agents pulled out every stop. They wanted the best in every aspect of the shipment. That included cranes, drivers, trucks, and pilot cars. We vet every team member for every transport, but in the case of the dorm unit transport, Jay and Josh scrutinized every driver and team asset a little more to ensure the best and safest transport possible. This transport was important for relief efforts in Florida, and it had to be done right. 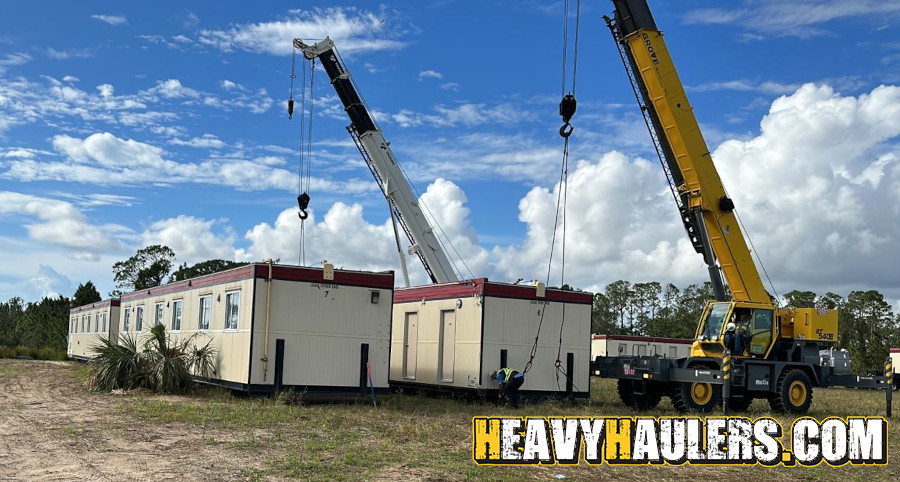 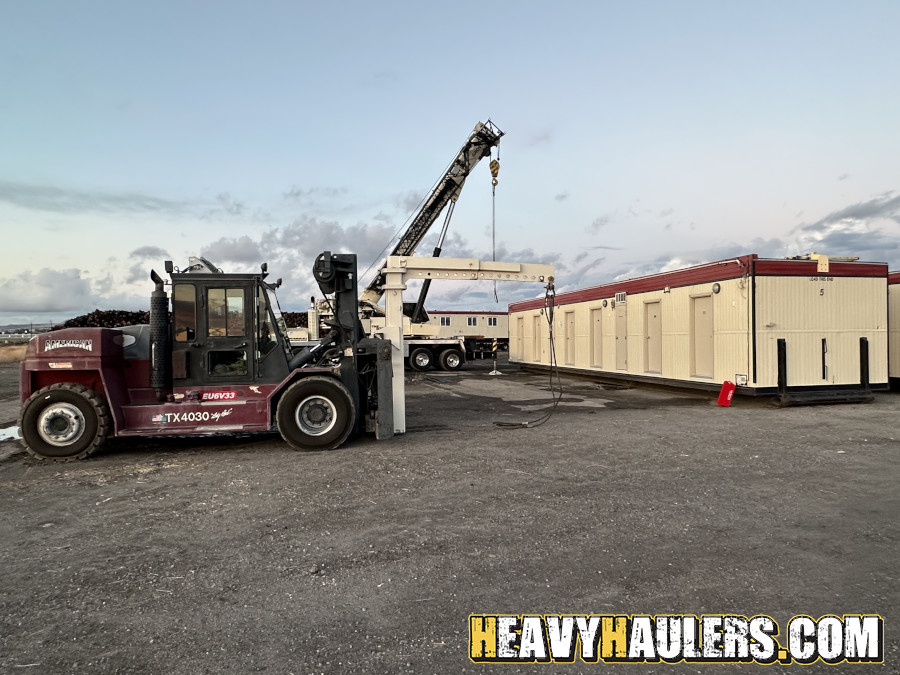 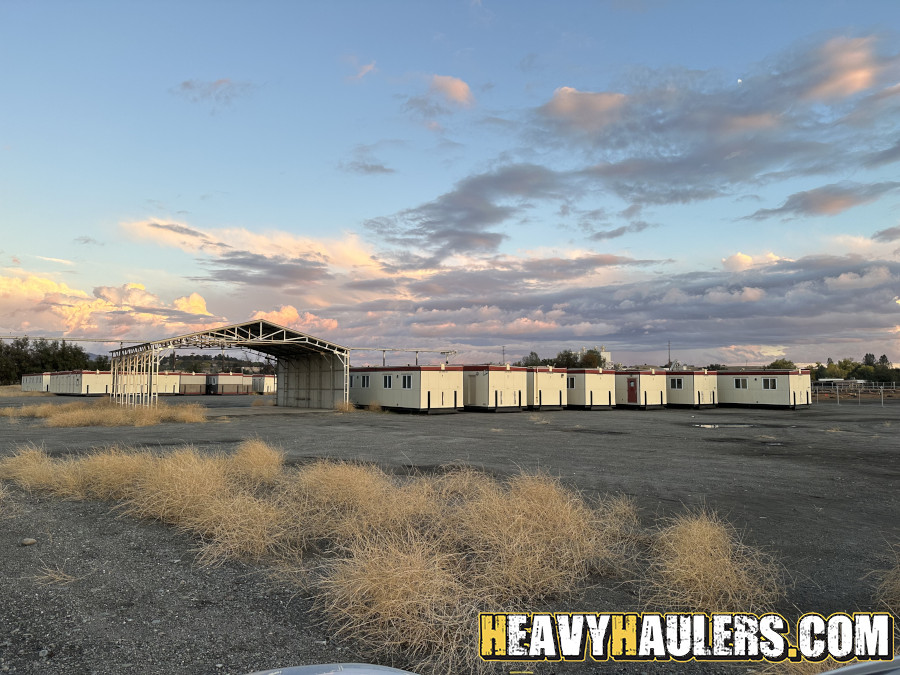 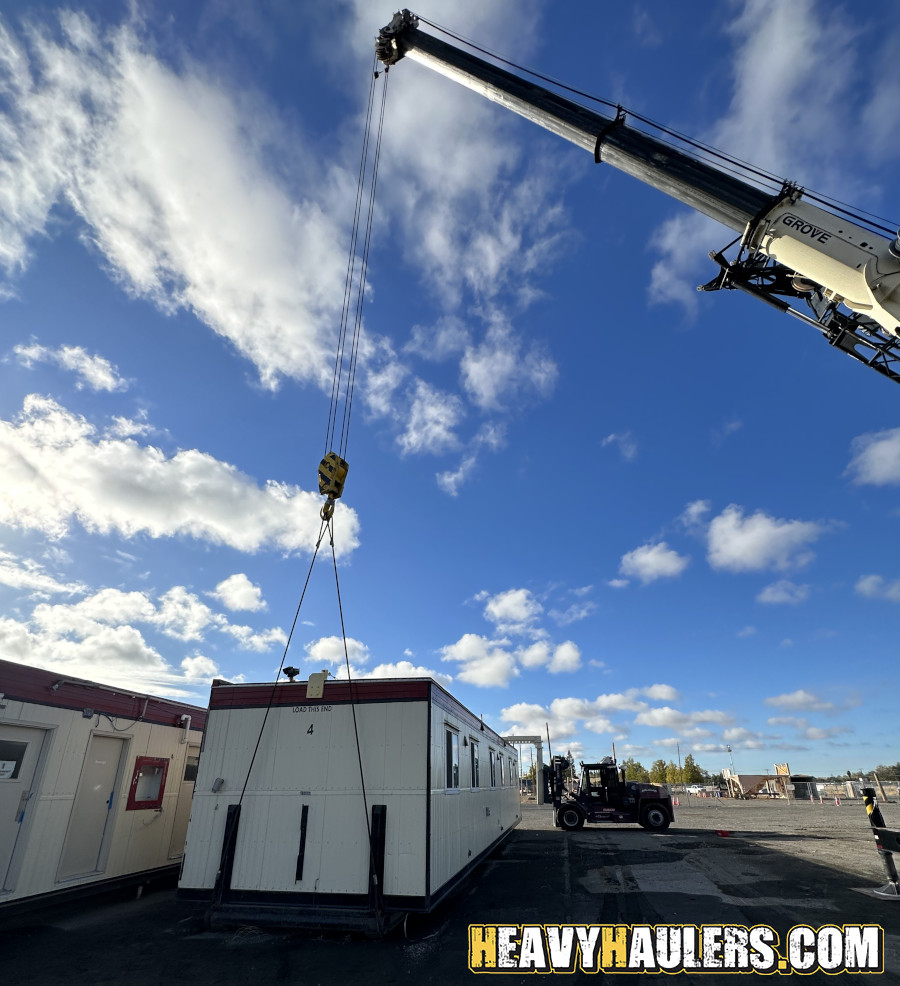 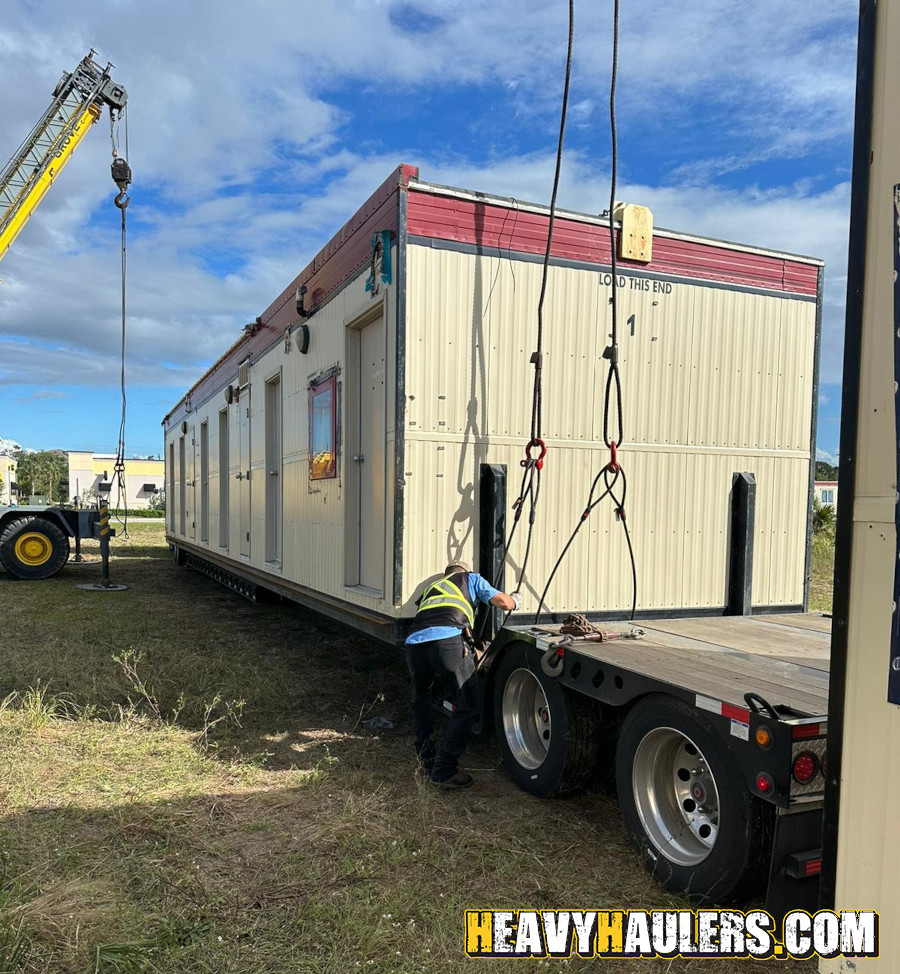 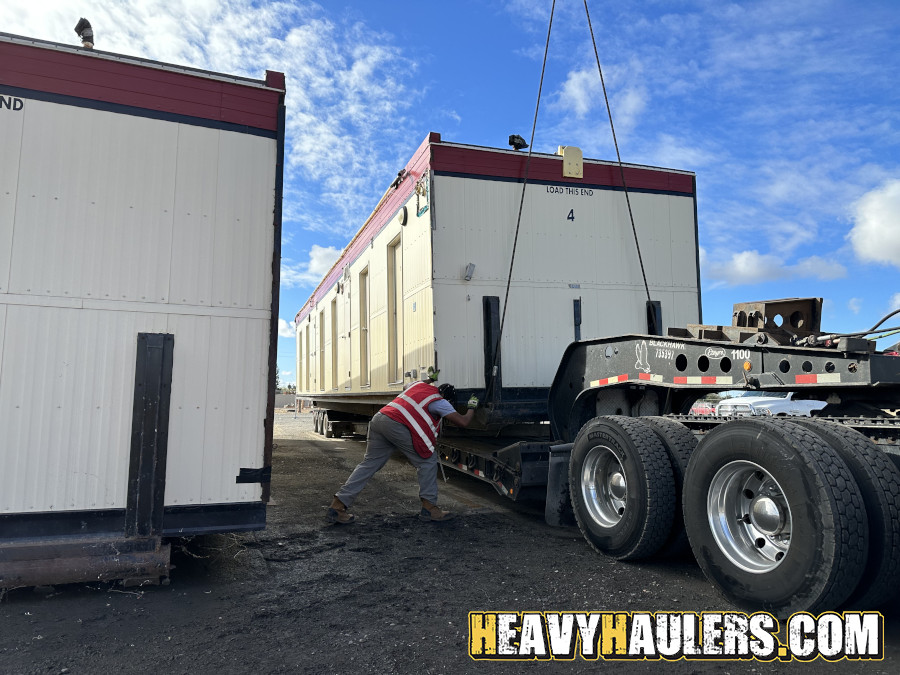 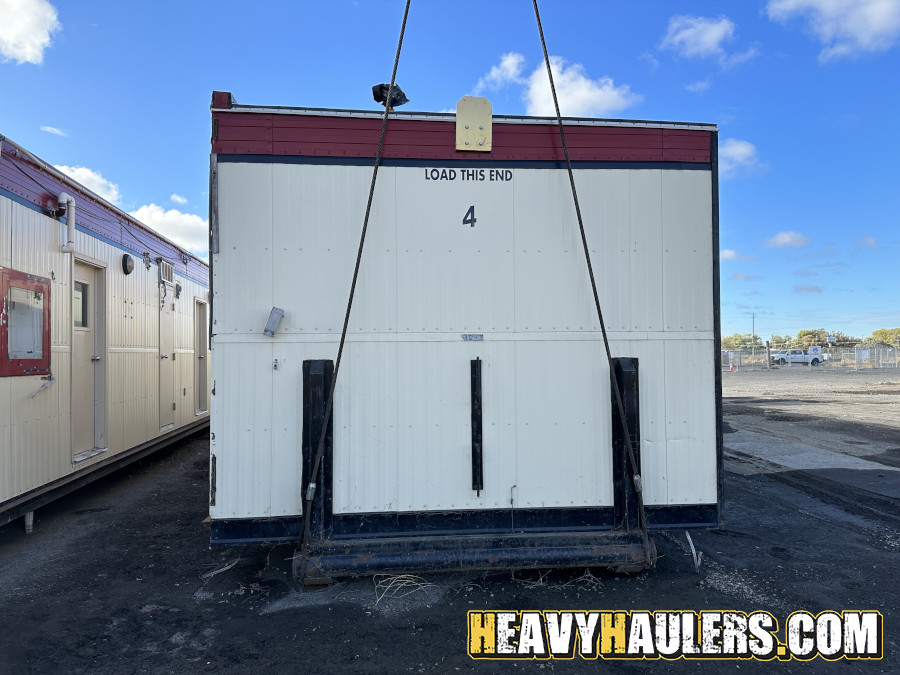 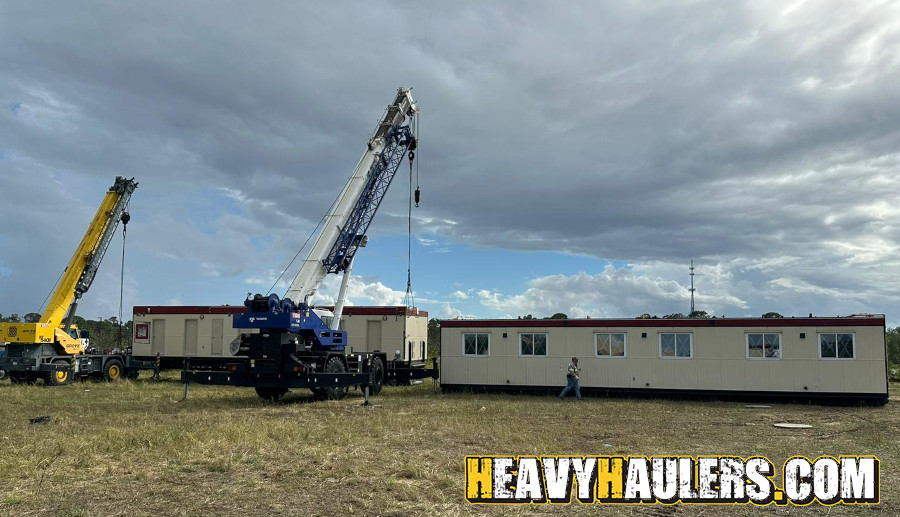 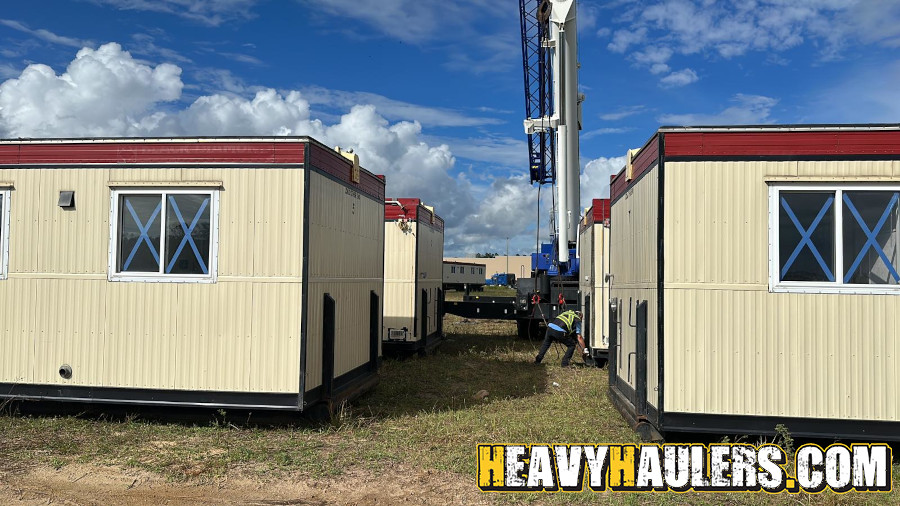 
Josh and Jay spent nearly three weeks in California. Every permit was double checked. Every detail was documented. They stayed on the ground to answer any question, handle any discrepancy, and make sure each transport was as smooth as possible. Whenever an issue arose, Jay and Josh were there to find the best solution available. The goal was to make sure that this bulk modular building transport was executed from pickup to delivery with the best shipping and safety standards.

Wrong dimensions listed?
No problem. They adjusted the paperwork, permits, and made sure they had a trailer that would fit properly.

Missing the delivery address and the drop permits didn’t come through correctly?
Jay and Josh repositioned the drivers and adjusted layovers until they fixed the discrepancies.

Every day required negotiation and precision from these two senior logistics agents.They had to be on top of their game, pull from their vast pool of shipping knowledge, and come up with creative solutions on the fly.

Each modular building required their own transport. That’s forty drivers, forty trucks and trailers, and forty teams of pilot vehicles to ensure safe loading and offloading. At the end of those three weeks, it was time to come home, but their transport wasn’t over yet.


When Josh and Jay returned to Florida, they didn’t head home. They went to North Port, Florida, where they oversaw the delivery of the last batch of modular buildings. All other units had been delivered safely, but they wanted to ensure that everything was completed and that there were no unresolved issues. Jay and Josh once again supervised from the ground, making sure each modular dorm was offloaded and positioned properly.

Because of the discrepancies with the units, and a few other things, the initial pricing went up. But Josh and Jay wanted the best transport experience for their client. They did what they do best, and scoured through the industry, finding the quality shipping options without skimping on quality. And again, this was vital as part of the Hurricane Ian relief efforts in Florida.

This transport was originally scheduled for five weeks of transport time. Not only were Josh and Jay able to complete it in three weeks, but because of their insight and skillful problem solving solutions, in the end, they were able to lower costs and return $95,000.00 dollars to the client. The client was already impressed with their ability to handle a job of this size when he couldn’t be on site to guide them, but when he found out they’d saved him a huge chunk of change, he was blown away. Needless to say, thanks to Jay and Josh, Heavy Haulers has gained a lifelong client.

Each driver transported a modular unit from Oroville, CA to North Port, FL. That’s a 2,976 mile transport. Times forty, and that means this transport covered 119,040 miles in total. From beginning to end, this transport was valued at $1,700,000.00 dollars.

Josh and Jay expertly executed and completed this bulk modular building transport, which is not only the biggest contract Heavy Haulers and NTS Logistics has ever received, but one of the most important. 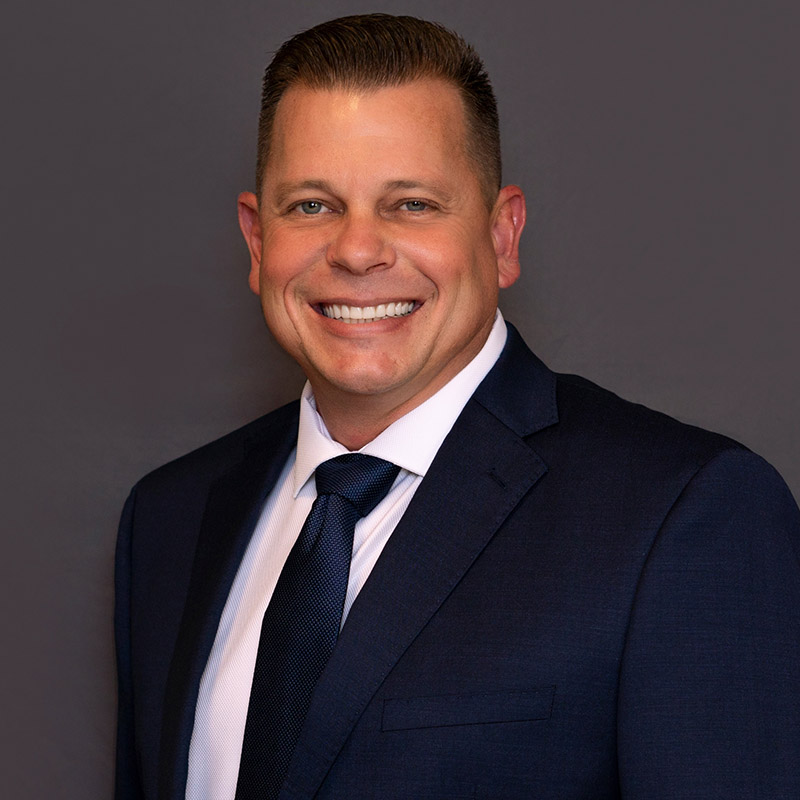 Jay specializes in hauling heavy equipment, boats, and aircrafts. For complex moves, Jay knows how to make it simple. An out-of-the-box thinker, he always finds a creative solution for the more complicated transports. It’s one of the many reasons his clients keep coming back.

I've transported nearly every piece of equipment you can think of, but my specialty is oversize and super load transport. 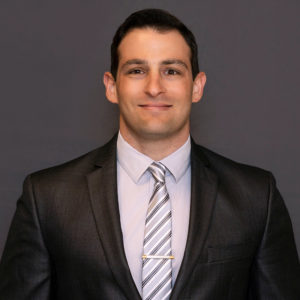 Josh is a quality logistics agent with NTS. He always provides top quality service to his clients. With years of logistics and transport experience, he provides the best shipping solutions in the business. Josh is here day or night to get your freight moved. 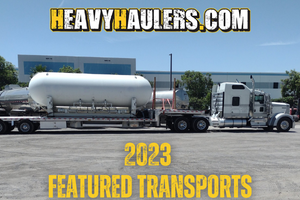 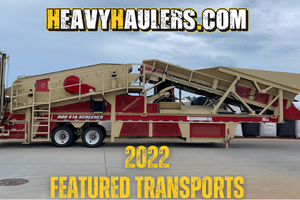 Ready to Get Started?

Complete your transport quote on our online dashboard to start the transport process.

See All Our
Available Trailers